His music for Animation movie : SHEEP AND WOLVES (Russia, Wizart Animation, Annecy Official Selection 2016) as been nominated for Jerry Goldsmith Awards, Best Soundtrack for a Feature Film in 2016.

Alexandre has worked for William Ross (Musical Director of the 2013 and 2014 OSCARS) in Los Angeles. And he has also done pop songs, notably for Gregory Lemarchal, the winner of Star Academy France in 2004 ; for Nu Pagadi the winner of Pop Star Germany in 2005 and Marc André Niquet, one of the finalists of Star Academy Canada in 2005.

from the play VIRAGES (2002) directed by Daniel Roussel, staged in the Studio Theatre of the Champs-Elysées, he has also composed for live theatre and most recently for UNE JOURNÉE ORDINAIRE by Eric Assous with Alain Delon. he also did music and sound design for BRONX play by Chazz Palminteri. And in 2012 and 2013 for ANNE FRANCK DIARY and THE GUITRY’S by Eric Emmanuel Schmitt, TAKING SIDES by Ronald Harwood, MASS APPEAL by Bill C Davis, in French Theatres.

He started, after studying at the Atla Music School and the Conservatory of the 9th district of Paris, France, by creating the band « Backstab » and began touring in France and Europe (Switzerland, Germany, Portugal). The band won the Grand Prize of the « Big Zeb Rock » in 2001, and the Public and Jury Prize of the « Chorus des Hauts de Seine » in 2002. 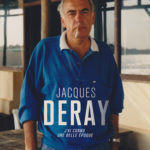